In December 2018, I got the chance to travel to Europe and visit Norway. At that time, winter was ruling over Europe and every place was frozen in cold weather. For me it was a dream coming true because I always wanted to go abroad to see different places, experience different seasons and meet different people.

The capital of Norway is Oslo. But most of the tourist attractions are situated around Bergen. First thing I noticed after landing in Bergen airport was that Norway is a super clean country. It was shockingly beautiful, neat and tidy.

After resting for couple of hours, since it was a long flight, the first place I went to visit in Bergen was Bryggen. It has been on the UNESCO list of World Culture Heritage sites since 1979. Bryggen is like the main attraction in Bergen. So anyone who visits Norway will never miss to take a photo near these historical building series. 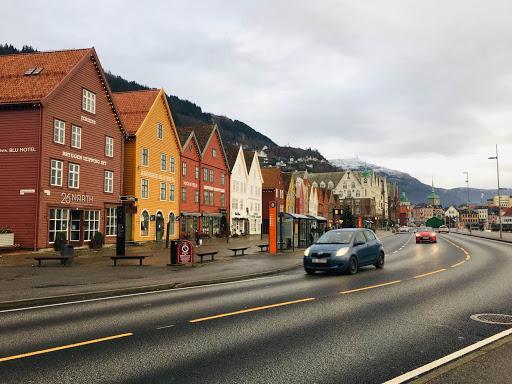 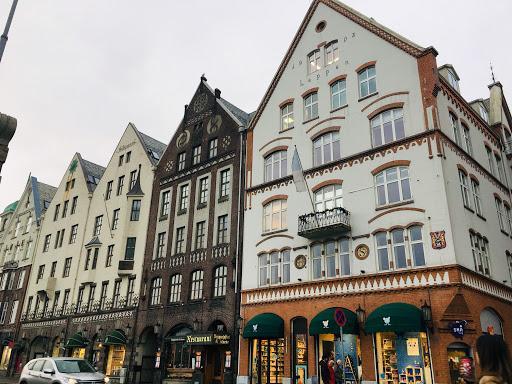 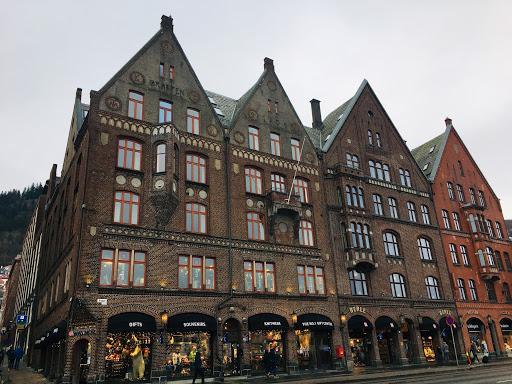 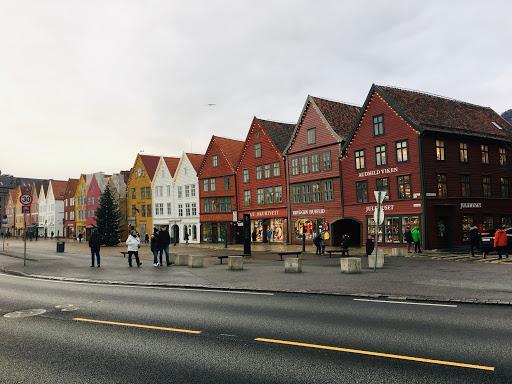 Since it was the Christmas season, Bergen people had some special events going on in their city. At the center of the city there was a Christmas market which was called as the Julemarked. Even though there are fewer people on the streets on winter, Julemarked was always crowded with so many people. At this market they had local food restaurants and foreign food restaurants. 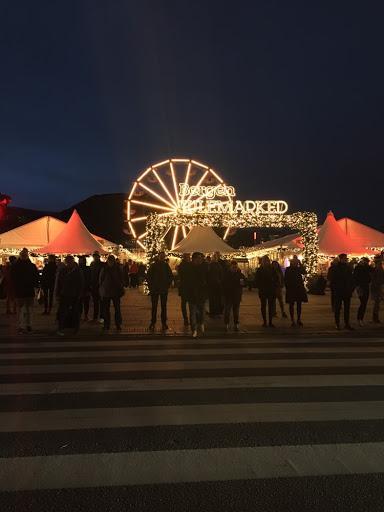 At this season Bergen people (specially children) create the whole Bergen city with ginger bread. This is the world’s largest Gingerbread town and it’s called as Pepperkakebyen. Even they have the actual train tracks in this handmade city. And it was so amazing to see how they have created all those things, even the tiny houses using ginger bread. 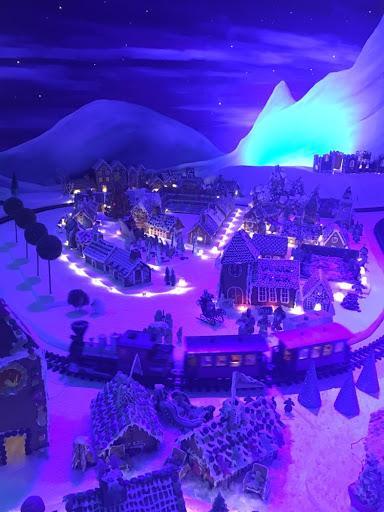 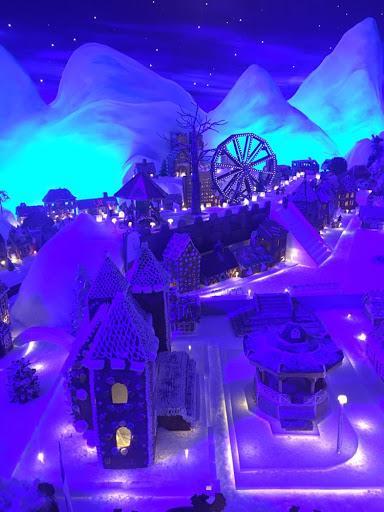 Now comes the next breathtaking place I visited in Bergen. This is called as Floyen and it’s one of the City Mountains in Bergen. To reach to the summit of Floyen we took a funicular which is known as Foibanen. Also you can go on a hike to reach the top of Floyen without taking the funicular. 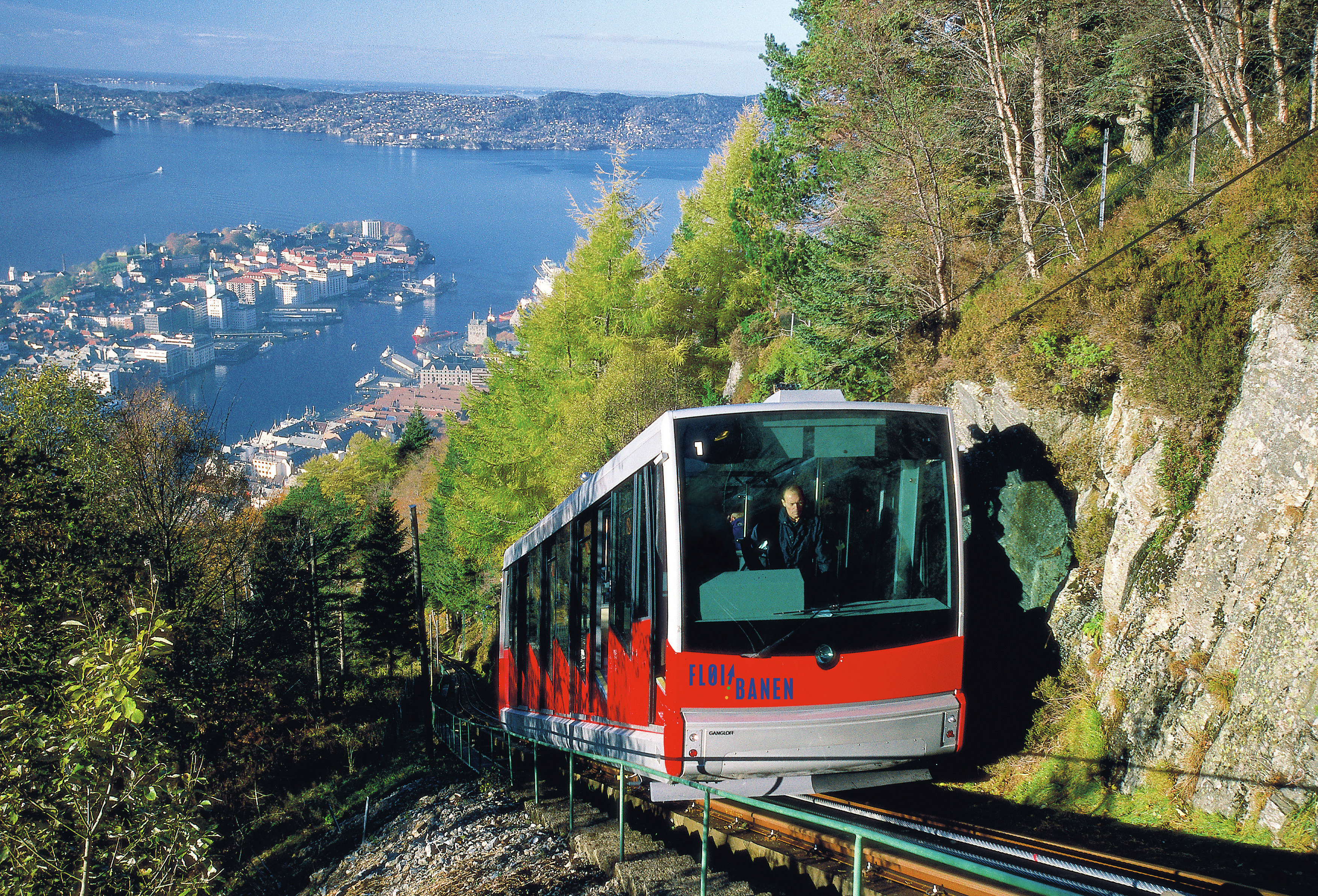 This photo of Foibanen was taken in a sunny day. When we were travelling in this, it was really dark. The view from Floyen is mind blowing in both day time and night time. It’s better if you can visit Floyen when it’s sunny and when it’s dark so you can experience both views. 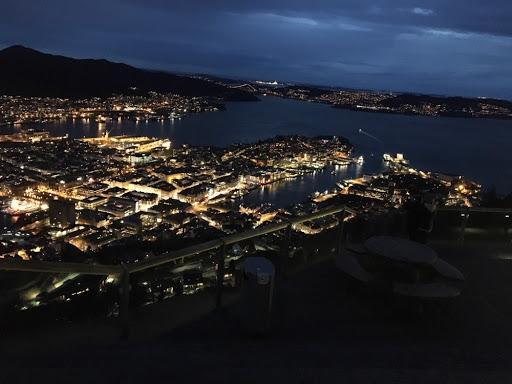 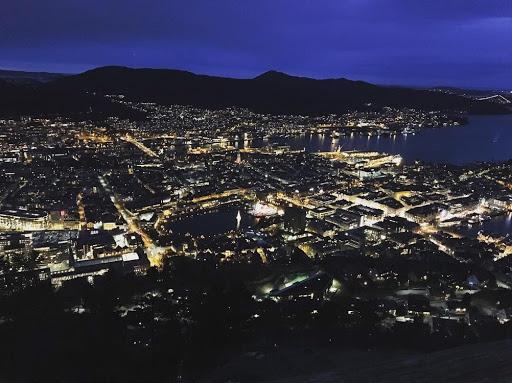 View from Floyen at night

At the top of this mountain we were freezing because it was around -5 degrees and the stone cold wind was blowing really fast through the mountain. But there were some warm restaurants at the top and having a hot cup of coffee in one of those cozy restaurants in that cold with the breathtaking view was an unforgettable experience.

In the next day we went to visit the Bergen aquarium. An aquarium which features more than 300 species. In this aquarium you can see different kinds of fish, crocodiles, lizards, snakes, spiders, penguins and also some monkeys. At the time we reach the aquarium they were going to feed the penguins. The penguins were really sweet, funny walking animals who were running towards the person who were about to feed them. While they were feeding the penguins the aquarium staff shared lots of information about this species which was quite interesting to listen to. 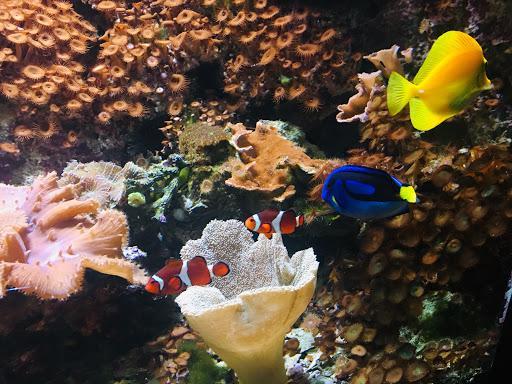 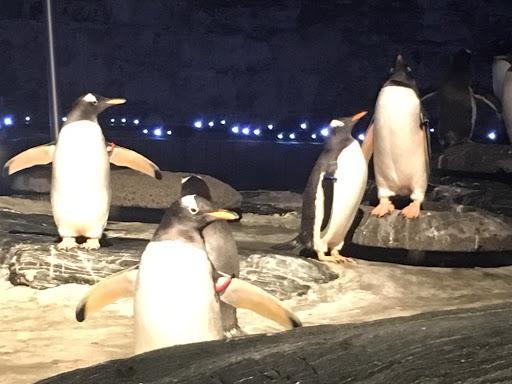 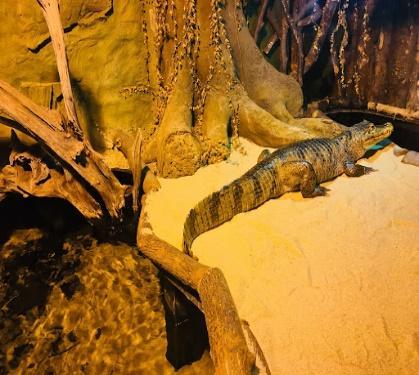 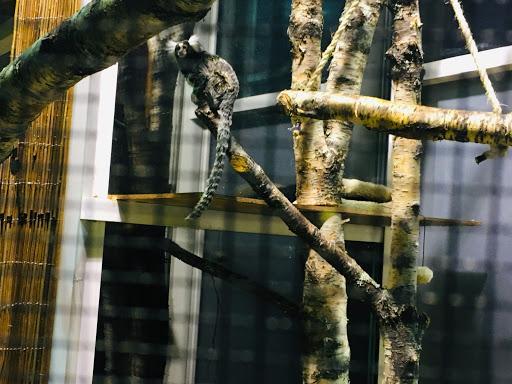 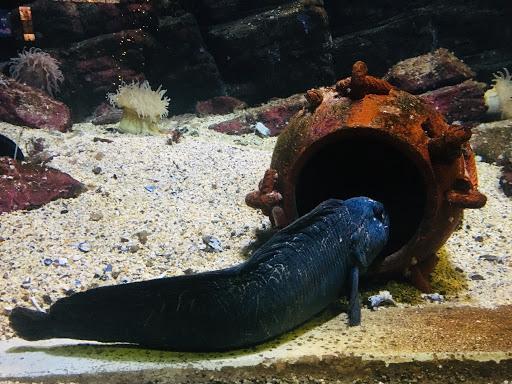 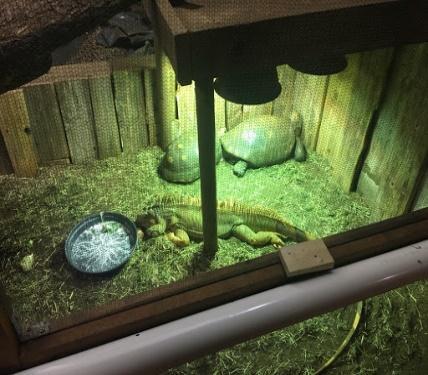 Now it’s time to write about the most costly but totally worth boat ride I have ever experienced in my life. This was a small cruise ride through the magnificent fjords in Norway. The fjords in Bergen are voted as the world’s most unspoiled tourist destination by the National Geographic. You can explore giant mountains covered in snow and waterfalls that are frozen by the winter when you travel in this amazing cruise. 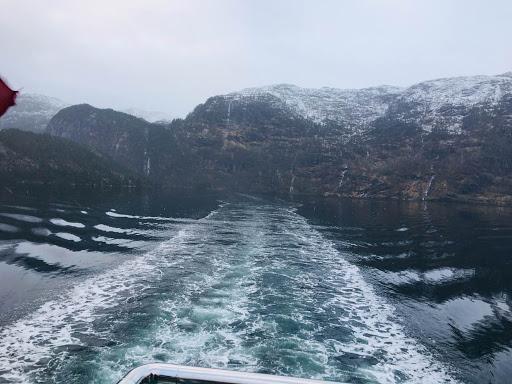 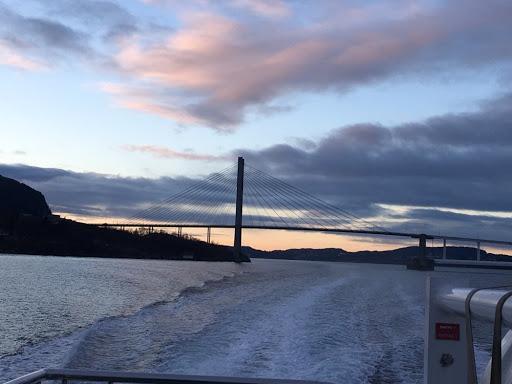 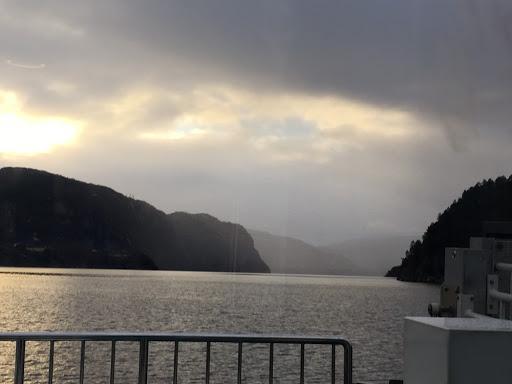 Skiing is one of the best adventure games I have ever tried. And I got the chance to do it in this trip. To go to the ski resort we had to take a train. The train was full of people with ski equipment and they all were travelling to Voss to go on skiing. In Voss they have lots of ski slopes. Since I have never tried skiing before I went for a really small ski slope where even 3 years, 4 years old kids were learning how to ski. And the ski boots were the heaviest boots I have ever wore and I found it hard even to walk with those boots. But once you get use to all those things you realize that skiing is an amazing sport and should do it at least once in a while. 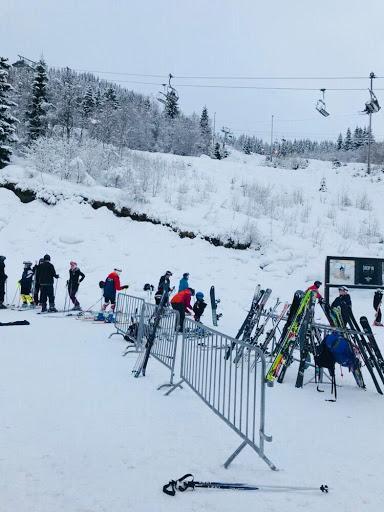 The cables that are there in the photo takes people to the higher slopes. But when you go up you cannot walk down the slopes. You have to ski from the top to bottom. So if you are not sure about your skiing skills I don’t recommend you to go up from the cables until you are confident about that.

Luckily one of our friends had a cabin in the ski resort. So after skiing for some hours we went there to have lunch and I was really amaze to see the different kinds of food they had. They served us bread, brown cheese, smoked salmon and some pastry type of things which I have never eaten. They served us flavored tea and ginger cookies as well. Norwegian people don’t normally drink tea with milk. They drink different flavored tea and most of them really liked Ceylon tea. As they say Ceylon tea has its own quality and as a Sri Lankan I was proud to here that.

Other than seeing and exploring these amazing places, in those two weeks I got to meet so many people from around the world. I made friends with people from Norway, India, Pakistan, Eritrea, Turkey, USA and Thailand. I had chances to have meals with these people and talk about their countries, their cultures, their life styles and so many other things. When you travel you can get so much knowledge about the world just while having your lunch or dinner with other people. One of these friends was a refugee in Norway and while having breakfast with him I listened to his story about how he came to Norway after facing so many problems. We think getting a VISA to go to Europe is far difficult. But after listening to his story I came to a conclusion that we haven’t even faced any real problems yet.

The time I spent in Norway was an unforgettable two weeks in my life. Travelling is something which will take you to places that you have never seen. It will give time for you to listen to stories that you have never heard. It helps you to see life from a different angel. Listening to music and walking alone on the streets of an unknown country makes you realize how important and amazing this life is. So enjoy it to the fullest and no matter where you are, try to live in the moment and grab all the chances you get to face all the risks in life.