Safety Critical Systems are computer systems whose failure can lead to a loss of life, serious economic consequences or environmental damage. There are many well-known examples of safety critical systems found in world today.

Safety critical system is a subset of critical systems. Many modern information systems belong to this category in terms of financial or loss of life if the systems malfunction and cause severe damages. Since the failure can be dangerous, these systems are designed in such a way that safety is ensured. Safety is a measure of continuous delivery of service which is free from catastrophic failures. In other words, system should not injure people or its environment. Even if the system malfunctions in some way, it should not cause any human or environmental damage. The most effective way of avoiding accidents during a system’s operation is to eliminate or minimize dangers during the design and development not afterwards. This diagram illustrates the characteristics of a critical system. 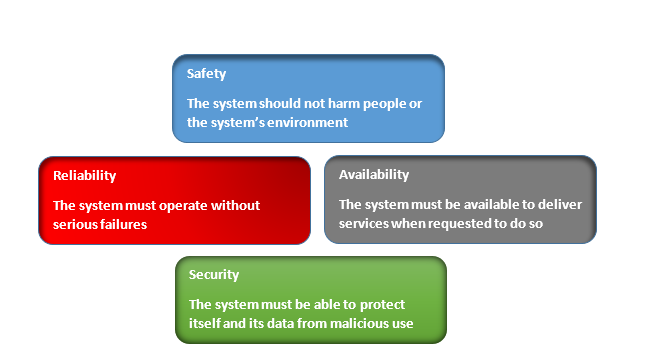 Safety Critical Systems are strongly related to engineering and increasingly computer based systems. Developing such systems require significant advances in areas such as requirement specification, architecture, implementation and verification. Formal methods are applied in a wide variety of contexts to both hardware and software when it comes to safety critical systems. Hence trusted methodologies and techniques must be used for design and development. On the other hand, well tried techniques are used rather than newer techniques that have not been subject to extensive practical experience. Critical system developers prefer to use technologies whose strengths and weaknesses are known to them rather than using newer ones whose long term concerns are unknown. Formal mathematical methods of software development have been used for safety critical systems. Cost of verification and validation are usually very high for such systems. More than 50% of the total system goes to development cost. In that case, formal methods help to minimize the amount of testing required for safety critical systems.

Due to the growing complexity of control systems, testing process will become unmanageable in the future if only conventional techniques are used. Conventional techniques usually require high degree of human interaction during the testing process. For these reasons, methods and tools helping to automate the test process gathers wide interest both in industry and research communities.

“Serious” testing - not just playing around with the system in an unsystematic way. So it always has to be based on some kind of specification describing the desired system behavior at least for the situations covered by the test cases under consideration. As a consequence, the problem of test automation is connected to formal methods in a natural way, because the computer based design and evaluation of tests is only possible on the basis of formal specifications with well-defined semantics.

Despite the system’s complexity, exhaustive testing is infeasible in most cases. Exhaustive Testing means performing all the test case which potentially uncover an implementation error. Thus it is necessary to investigate test strategies that select subsets of all relevant test cases and at the same time can be justified to analyze the “most important cases”. Majority of defect leakage and the resulting cost penalty of safety critical systems are due to incomplete and ambiguous requirements and mismatched assumptions in the interaction between the components of embedded software system architectures. That’s where validation and verification come into play.

Validation denotes the process of determining that the requirements are accurate and complete. Verification denotes an evaluation of development objects with the objective to ensure their consistency with respect to the reference documents applicable for the products. So in contrast to validation, the verification process can rely on other documents specifying (at least in theory) completely how the product should look like. Verification subsumes all formal and informal techniques such as reviews, audits, walk through which are applicable to ensure the system correctness.

A safety critical software system’s sole purpose is to ensure safety. Having said that, let’s look into history to find out scenarios where it failed to serve the purpose.

Lion Air 737 MAX 8 crashed into the Java Sea off Indonesia,

This happened due to a “glitch” in the plane’s flight-control software. 189 passengers and crew were reported killed by the accident. Following the crash, the Federal Aviation Administration (FAA) issued an emergency notice to operators of Boeing 737 MAX 8 and 9 planes, warning that faulty angle of attack sensor readings could cause the flight crew to have difficulty controlling the airplane. And then it happened again. Ethiopian Airlines 737 MAX 8 went down under similar circumstances, killing all 157 people aboard. 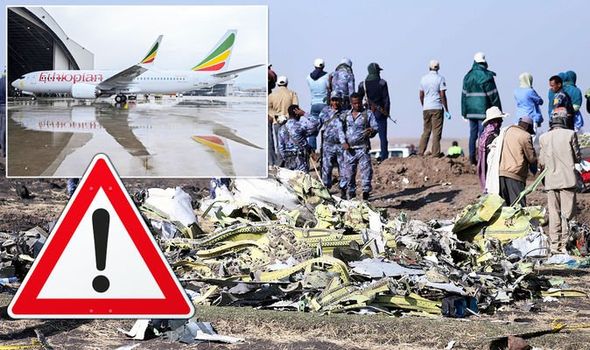 In 1986 at the Chernobyl nuclear power station in the Soviet Union, the worst disaster in the history of nuclear power generation. It happened as technicians at reactor Unit 4 attempted a poorly designed experiment. The accident caused the largest uncontrolled radioactive release into the environment ever recorded for any civilian operation, and large quantities of radioactive substances were released into the air for about 10 days. This caused serious social and economic disruption for large populations in Belarus, Russia, and Ukraine. 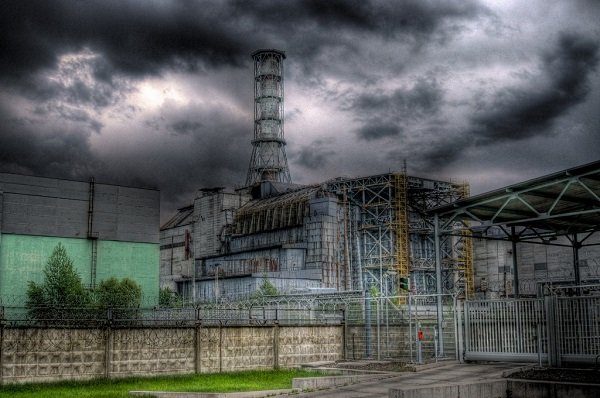 The Explosion of the Ariane 5

On June 4, 1996 Ariane 5 was launched by the European Space Agency, exploded just forty seconds after its lift-off. It turned out that the cause of the failure was a software error in the inertial reference system. Specifically a 64 bit floating point number relating to the horizontal velocity of the rocket with respect to the platform was converted to a 16 bit signed integer. The number was larger than 32,767, the largest integer storable in a 16 bit signed integer, and thus the conversion failed. 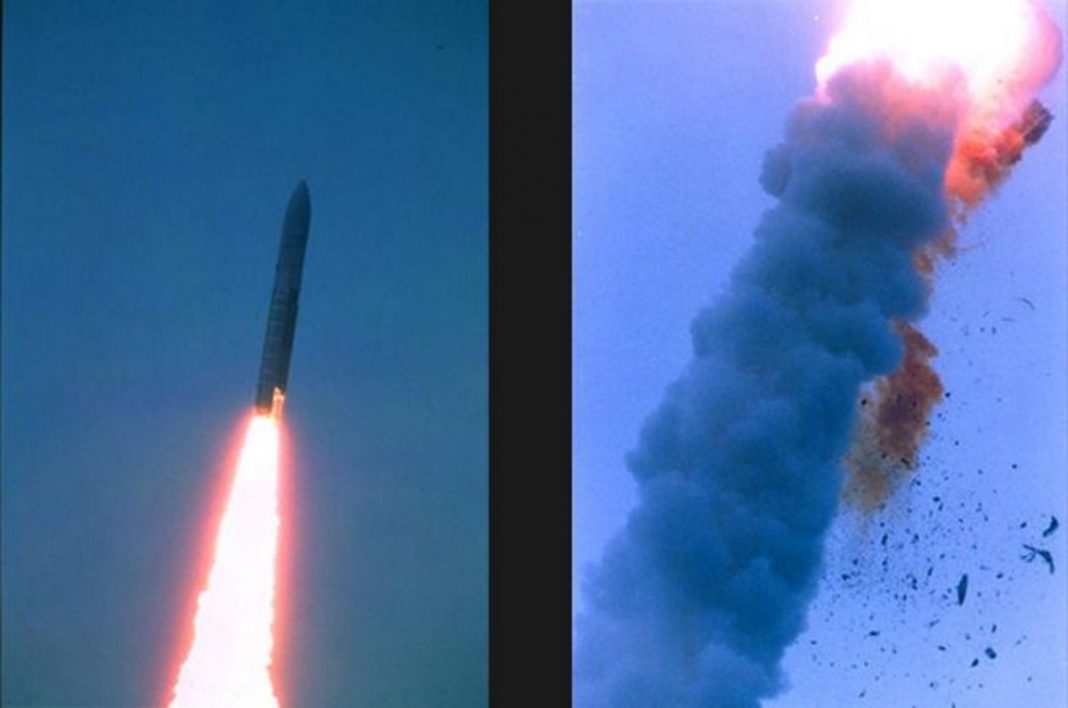 How to avoid catastrophic failures?

Now that, you have seen, Software quality is a matter of life and death, let’s find out how to build better safety critical software. People look for software not only to have convenient life style but also to protect their life and ensure safety. Organizations can ensure that if they concern on following facts.

Today, there are thousands of work related to designing more effective and efficient safety-critical systems. Not only are our lives depending on doctors and pilots, but also on engineers and programmers as well.