What would you do if you already have a test framework written on pure selenium webdriver, and then the system under test is upgraded to an angular UI? Well, you will have to rewrite your tests entirely, all over again… Not really! You can still use your existing test framework to work on the new Angular UI with minimal changes. If your tests are written on .NET, fortunately there’s a .NET port of Protractor built on top of Selenium WebDriver.

Let’s look at how we can integrate Protractor in our selenium test framework written on C# .NET. 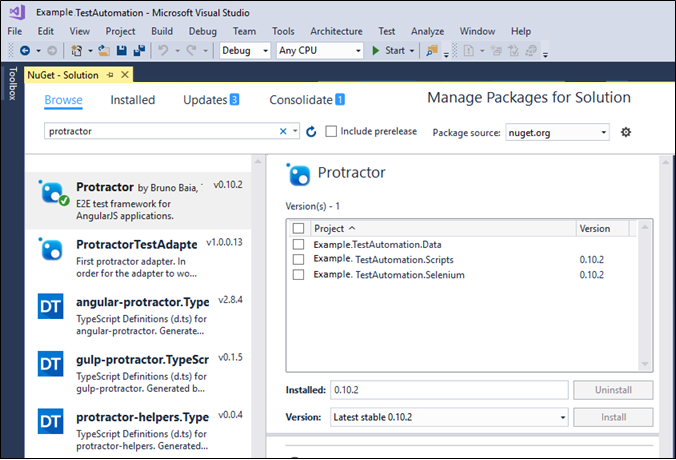 Notice how the Protractor namespace is used and an object of NgWebDriver(Protractor Driver) is created. In addition, there is an IWebDriver object defined as well. 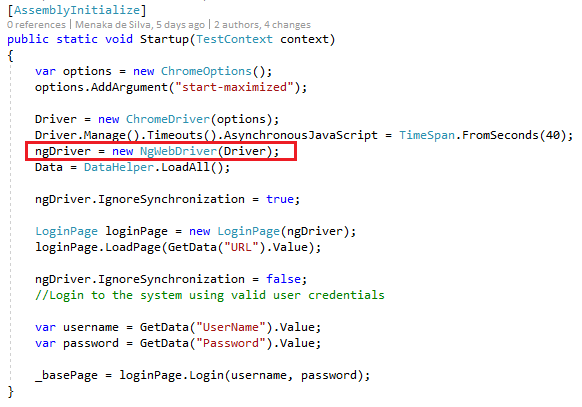 The [AssemblyInitialize] method will run before running all the tests in the assembly. Therefore, the driver initialization happens in the beginning before any test is run. Later on, any test that uses the Driver object of IWebDriver type is actually using the NgWebDriver object. Whenever a test uses:

It is actually referring to the NgWebDriver. This allow all tests to use Protractor in their element identification with only few modifications to the Global.cs class.