Software-Defined Networking (SDN) terminology is in the networking industry for nearly just over a decade now and it is getting more popular every year. We can hear stories about how the entire network systems will be dynamic and programmable in the near future.

So what is SDN and why is it becoming popular?

When it comes to the SDN many people are confused with Openflow. They think Openflow is the software-defined network. Here I hope to explain the difference between both entities also. For a start let’s start with explaining traditional networking architecture.

Networking has always been very traditional. We have specific network devices like routers, switches, and firewalls that are used for specific tasks. 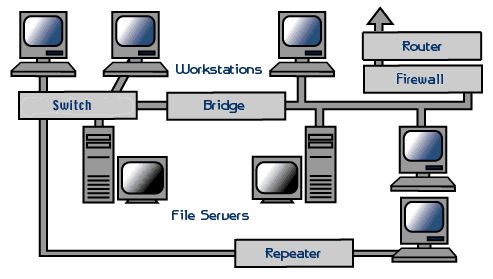 These network devices are sold by networking vendors like Cisco and often use proprietary hardware. Most of these devices are primarily configured through the CLI (Command Line Interface), although there are some GUI products like CCP (Cisco Configuration Protocol) for the routers. 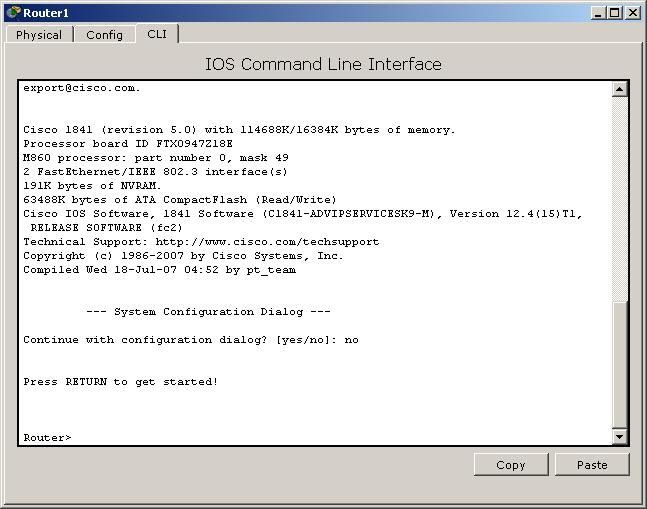 When we consider a network device, for example, a router has different functions that it has to perform. Think for a moment about some of the things that a router has to do in order to forward an IP packet:

● It has to check the destination IP address in the routing table in order to figure out where to forward the IP packet to.

● Routing protocols like OSPF, EIGRP or BGP are required to learn networks that are installed in the routing table.

● The TTL (Time to Live) in the IP packet has to be decreased by 1 and the IP header checksum has to be recalculated.

● The Ethernet frame checksum has to be recalculated.

All these different tasks are separated by different planes. There are three planes:

The function of the control plane is exchanging routing information, constructing the ARP table, Learning MAC addresses to build a switch MAC address table, Running routing protocols and building the routing table. Etc.. Basically control plane defined the software installed in the router(The brain of the network device) which tightly coupled with the hardware.

The function of the data plane is forwarding traffic listed below and It relies on the information that the control plane supplies,

● Dropping traffic because of access-lists.

The tasks of the data plane have to be performed as fast as possible so that it is implemented in the hardware level using specialized hardware.

The management plane is known for the access and management of our network devices. For example, accessing our device through telnet, SSH or the console port.

Every organization or vendor has a different opinion about what SDN exactly is and the different products that they offer.

Traditional networking uses a distributed model for the control plane. Which means every network device has its own control plane. Protocols like ARP, STP, OSPF, EIGRP, BGP, and others run separately on each network device. These network devices communicate with each other but there is no central device that has an overview or that controls the entire network.

With SDN, we use a central controller for the control plane which means we’re removing the tightly coupled software from the hardware and implementing the software separately. This separate implementation is known as the SDN controller. The SDN controller could be a physical hardware device or a virtual machine.

The SDN controller uses two special interfaces as shown below, 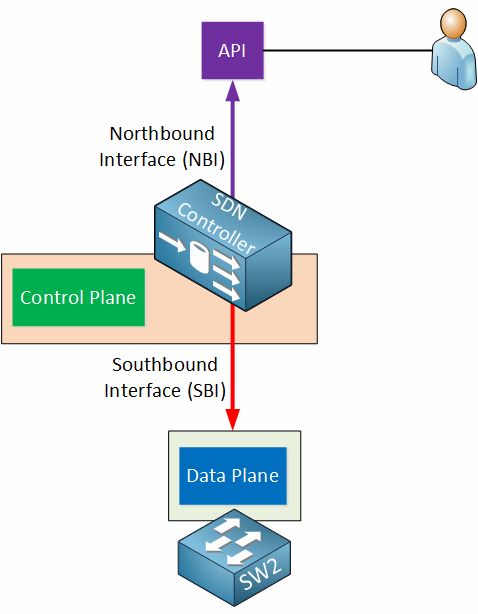 The SDN controller has to communicate with our network devices in order to program the data plane. This is done through the southbound interface. This is not a physical interface but a software interface, often an API (Application Programming Interface). For the question asked at the beginning about the Openflow, the Openflow is a southbound protocol that defines a set of rules to how the controllers should communicate with the dump hardware devices. Openflow is an open-source and currently under the management of the open networking foundation.

Apart from Openflow other popular southbound interfaces are:

Cisco OpFlex: this is Cisco’s answer to OpenFlow. It’s also an open-source protocol that has been submitted to the IETF for standardization.

● List information from all network devices in your network.

● Show the status of all physical interfaces in the network.

● Add a new VLAN on all your switches.

● Show the topology of your entire network.

Using the Northbound interface (API) software developers can develop various kinds of network applications which are cannot develop under the traditional networking approach. There are no standard Northbound API specifications available like Southbound APIs (Openflow). It differs from the SDN controller implementation. Also, there are multiple SDN controllers available like OpenDaylight, NOX, POX, Floodlight, Ryu, etc.

SDN enables cloud-like computing within a network. This enables network engineers and administrators to respond quickly to changes in business requirements through a centralized control console that is abstracted from the physical hardware of the network. In other words, SDN creates a centralized brain for the network that can communicate and command the rest of the network.

This has given just a global understanding of what SDN is about and why the market is looking for solutions like this. Time will tell what networking will look like in the future. Probably dynamic, programmable and real-time. It’s more likely we will be using APIs more often than the CLI in the future. Probably network infrastructure development will be done by software engineers with strong networking knowledge not by electronic engineers. At the moment we don’t know how popular SDN will be but this scenario might be a bit similar to what happened to analog telephony. There are a lot of telecommunication professionals that refused to learn about VoIP because they thought analog telephony has always worked. A few years later, they are dinosaurs in a world dominated by VoIP.