Instruments in a marching band

A marching band is a collection of musicians who march while playing their instruments. These bands can be seen in armed forces, universities and schools. Marching bands perform at various occasions such as parades and sports events to make them colorful.

A typical band display or show will go on for about 10 minutes. However, hours of practicing and rehearsing is needed to precisely execute a display of 10 minutes. This practice includes memorizing music, drill and choreography. Playing in a marching band can be a challenging task since it has both musical/artistic and physical elements. Here let’s focus on the instruments used for the musical element of a marching band.

Sections of a marching band

Instruments in a marching band should be small and easy to manipulate while marching. Usually, these are carried or worn using a belt. The composition of these makes a unique, balanced and beautiful sound. The musical instruments in a band can be broadly categorized into three main types. These are,

Any instrument that produces sound when struck, shaken or scraped falls into the percussion category. The percussion players usually march at the front of the band. This is a vital section of the marching band since percussion instruments decide the tempo and rhythm.

This drum produces the lowest sound in this section and sets the tempo for the band. The bass drum is worn using a belt strapped to the shoulders when marching and it is struck on the side using a hammer. 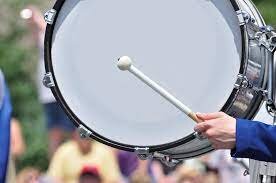 The snare drum has a set of wires which span across the lower surface. Hence, it produces a sharp sound. The wires at the bottom can be loosened using a switch to produce a more tenor sound as well. This drum is played using two sticks and the players do various stick drills such as moving their hands and tossing the sticks to make band displays more attractive. This is worn using a belt that goes over the shoulder and holds the drum at the side of the player. Therefore, these drums are also known as side drums.

The tenor drum is a set of either four or six small drums. These drums are mounted using a belt and these can be the heaviest drum in the percussion section. A marching band includes about one tenor drum player and sometimes none depending on the situation. These drums are used to add more colour to the music. 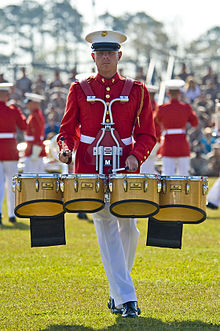 A pair of metallic circle-shaped plates that can be clashed together to produce sound. These are held using a small strap that is attached to the center of the plate. The sound can be varied using the amount of force put into the clash.

Trumpet and cornet are both similar instruments in the structure and the way the sound is produced. However, a trumpet is a bit bigger than a cornet. Furthermore, a cornet produces somewhat of a warmer or mellower tone. There are 3 values in these instruments and different notes are produced by closing these values at different combinations and varying the airflow using the lips. For example, the notes such as C, G and E can be played with the same value combination, but the players must tighten or loosen their lips according to the notes they need. Trumpets can be used to play the main melody or second parts.

This instrument is bigger than a trumpet and it has a sliding pipe at the end. Different notes can be produced by moving this slide into various positions. There are seven such positions. There are two types of trombones in a band namely, tenor trombone and bass trombone.

Tuba is the biggest and lowest-pitched interment in a marching band. It has a big horn which is turned upwards when playing. This instrument can have three to six values which are used to produce different notes. There is a smaller version of the tuba called tenor tuba or the euphonium which can also be seen in marching bands. 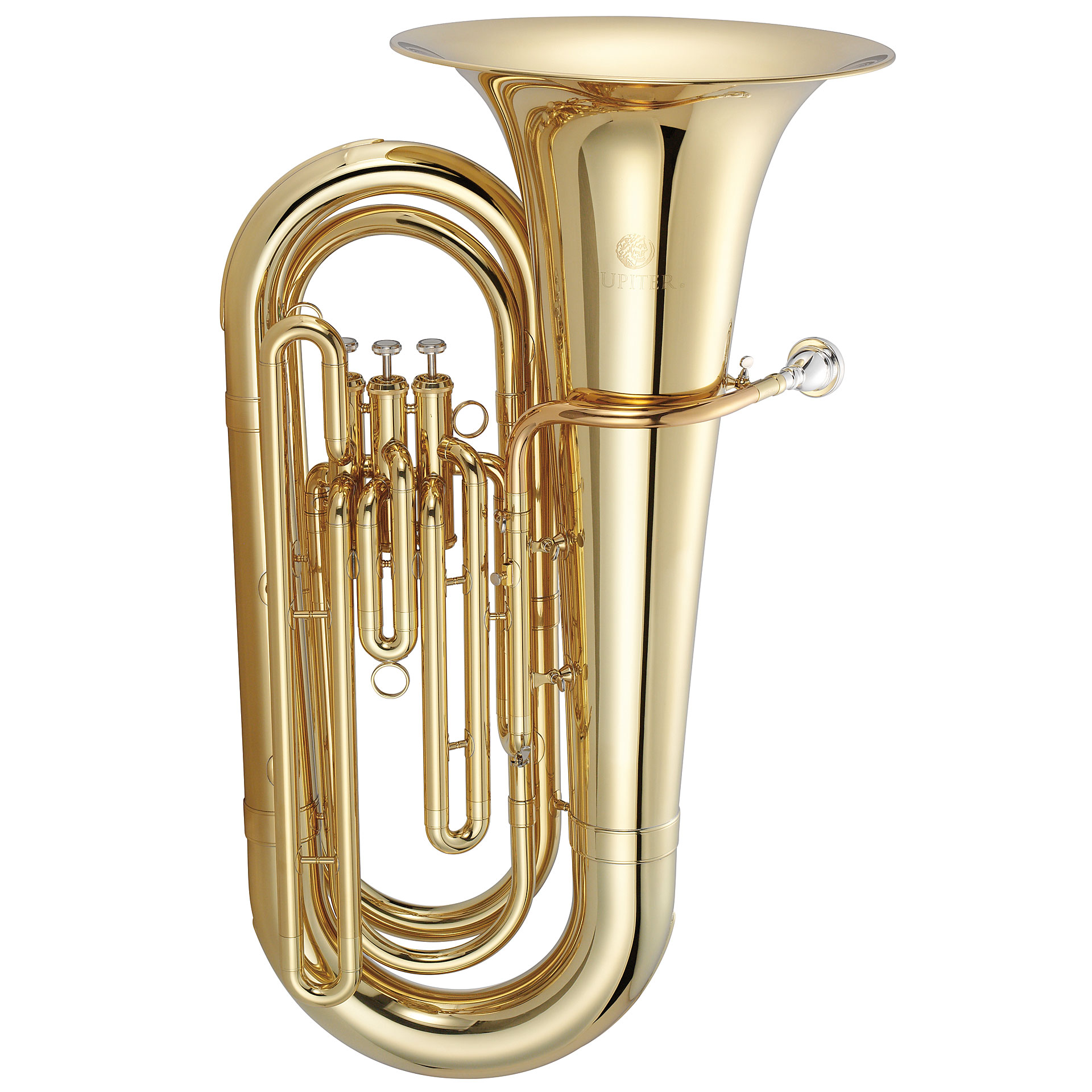 The flute is a very common instrument that is used in different types of musical events. This is one of the oldest musical instruments. It has sixteen holes that are covered in different combinations to produce notes. 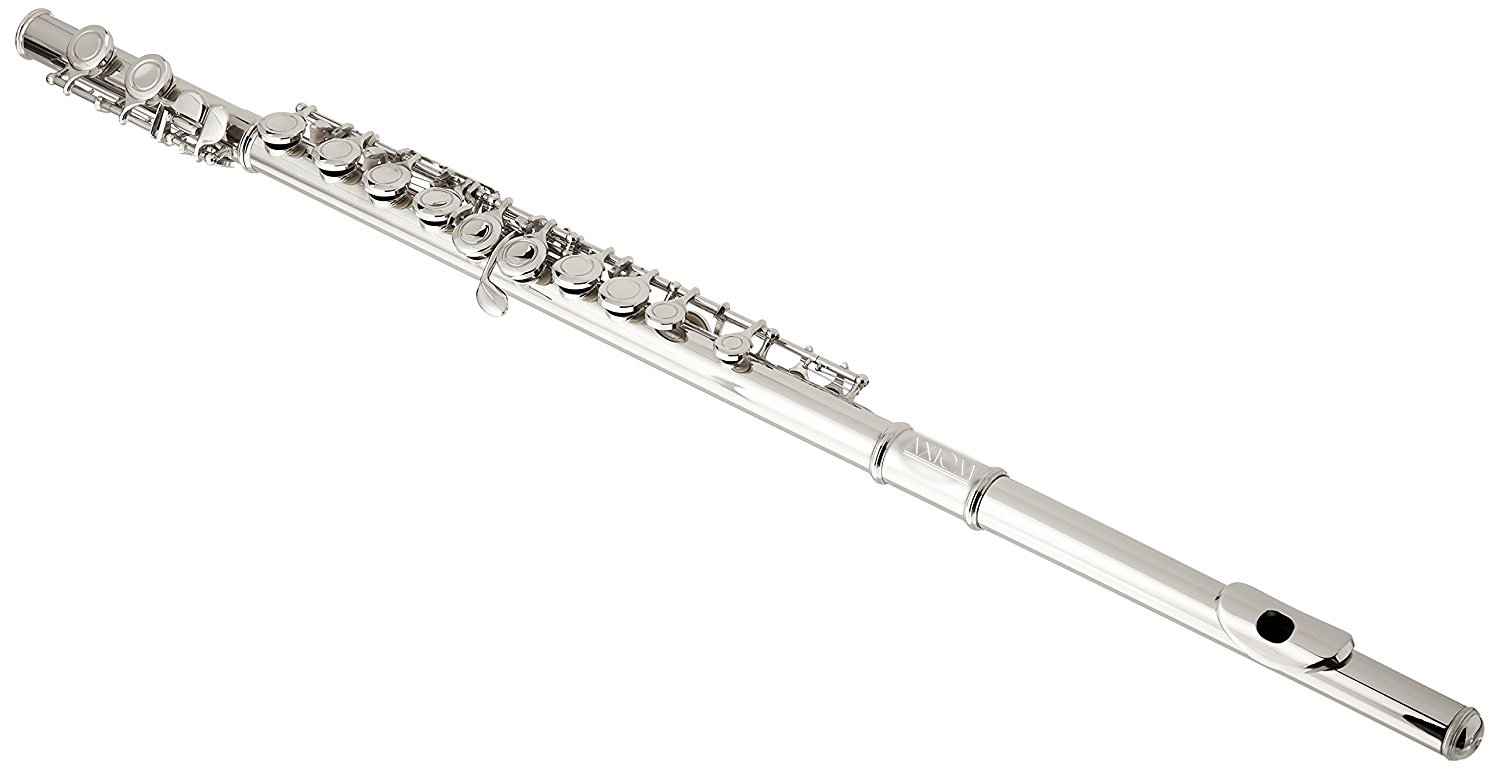 This is similar to the flute, but it is about half the size of it. This has the highest pitch in a marching band. Hence the sound of the piccolo can be easily heard even with all the other instruments playing in the background. 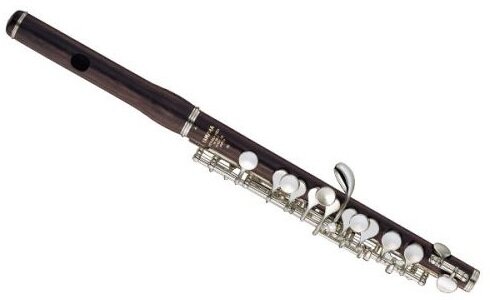 This is a reed instrument which has a lower pitch than the flute. This instrument has a beautiful and rich tone. Hence it is used in solo performances as well. 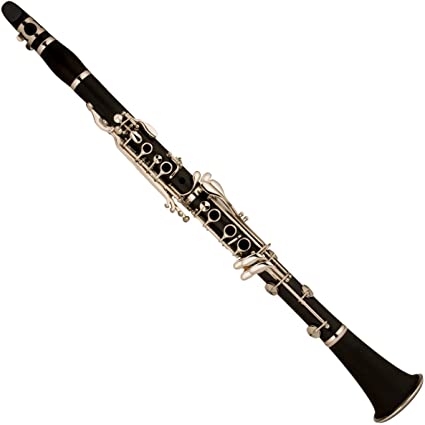 The saxophone is somewhat similar to the clarinet but has a curved tube. This is popular in jazz music as well. Two types of saxophones can be found in marching bands. They are Alto saxophone which is small and has a higher pitch and tenor which is a bit larger and has a lower pitch. 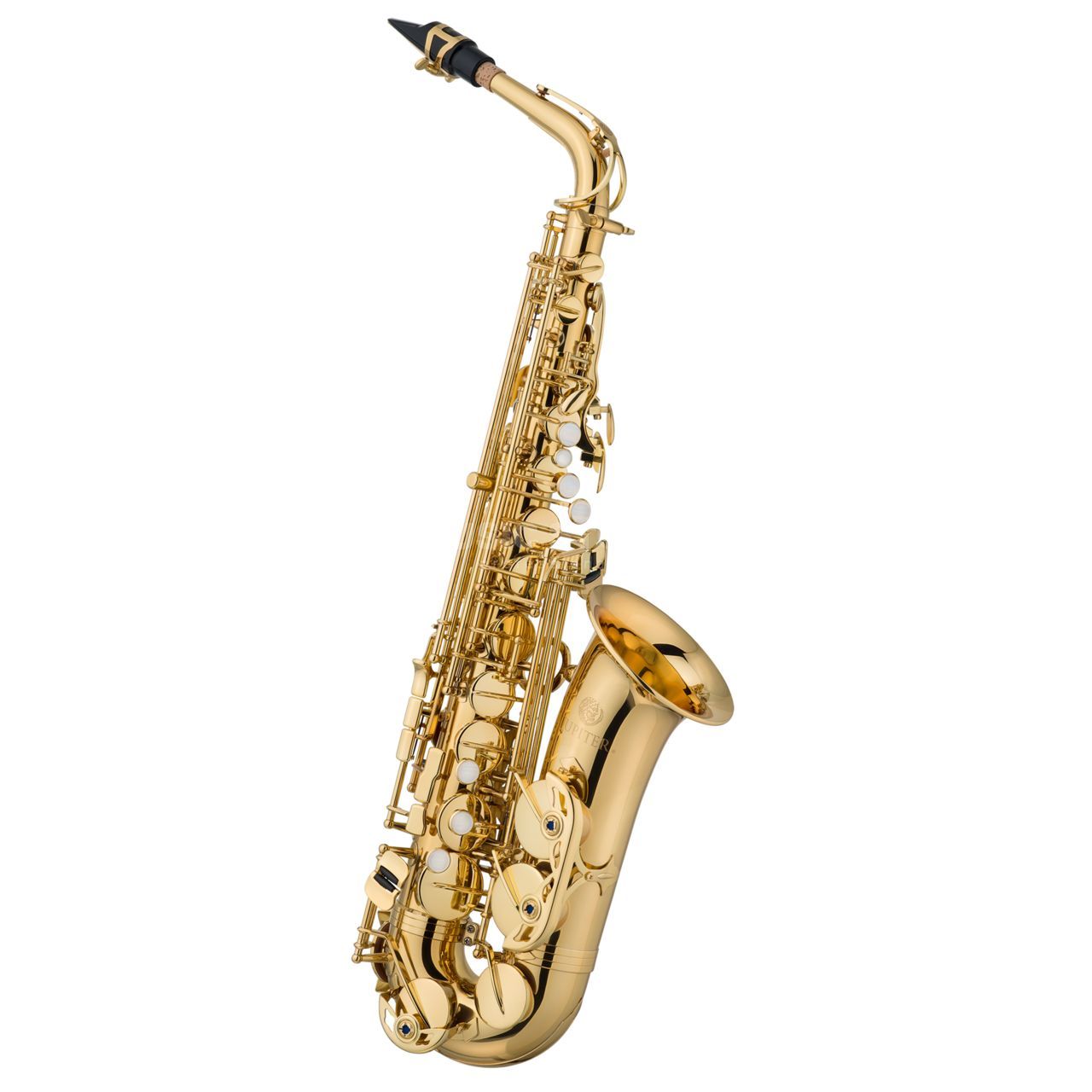