How a Skeleton Starts its Motion

Starting from the first ever animated movie, we have grown up with quite a lot of such fascinating imaginations that look alive by now. Not only that, the typical movie industry too has stepped forward, broadening in a large scale, mingling with the lively imaginary characters. There are fictional movies like Avatar, as you may very well know, has completely contrasting environments and creatures acting. So as the video game industry. The game characters you play with behave just as real human beings. Secret behind this is the development of simulation strategies and technology.

How the topic of this post relates to the movies and games is ‘Motion Capture’. Motion capture in its real essence is capturing a real motion or behavior and adjoining it with an artificial character so that the final virtual outcome would do the same or a similar behavior. It was introduced so as to speed up the then animation process which was known as rotoscoping-a technique to trace with modifications. In the game engines like Unity and Unreal the typical motions for the items like trees, water, animals..etc. are available in libraries. Also, there are human animations too. But what if the game needs a game character with complex behaviors continuously like, shooting and fighting? Similarly, what if the film director wants a lion to act? This is where the experts in the movie industry jump into a black suit with dots everywhere with mostly a camera fixed in front of the dotted face. And their motions are recorded, and fed real time into a skeleton. (This is not the only methodology for motion capture.) 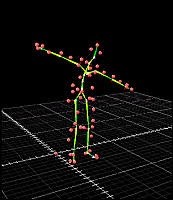 So, this is a skeleton. Using tools like MotionBuilder, Maya, 3ds Max, FBX, Unity and Unreal you can easily construct a skeletal as shown. It can be constructed using lines or solid materials and the final skeleton should at least possess the basic structure of the character you are up to animate. After building up the basic structure you have to identify the joints or the pivot points. The dots you see in this image are the pivot points of this character. If you test the skeleton at this point, you are able to rotate the character around pivot points.

Now let’s have a look on the special dress with dots. The dots or the markers correspond to each dot in the virtual skeleton. For instance, our elbow needs a pivot point since it is a joint in the human anatomy. When the actor moves the skeleton begins to move with the help of some sophisticated algorithms developed by the engineers. As per the below image, if the human bends his knee, the robot too will do the same. Simple as that. 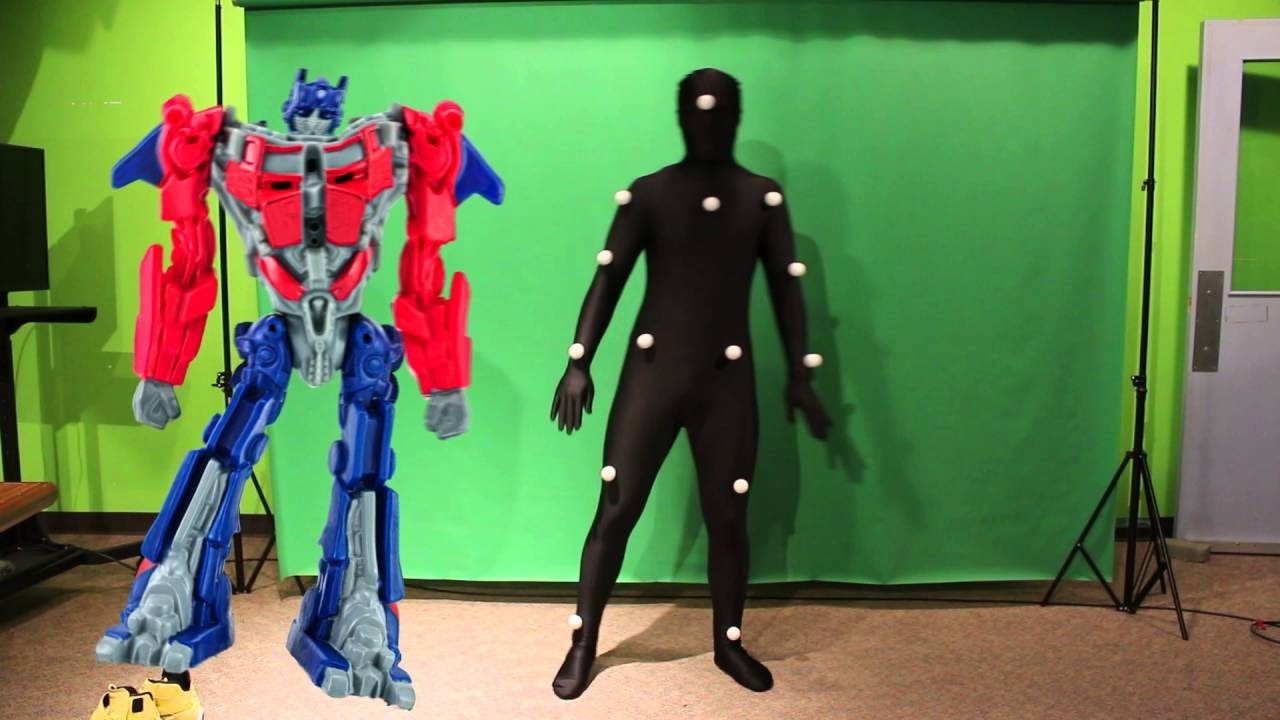 I did mention at a point about the dots in the face. Why do they capture the motion in a face? It is just because the face muscles motion tremendously when expressing our expressions, which is a great advantage and time saver for the animator if those motions too can be captivated rather than developing by himself. Obviously, there may be some modifications done, by the emotions of the final outcome would be very realistic in this case. 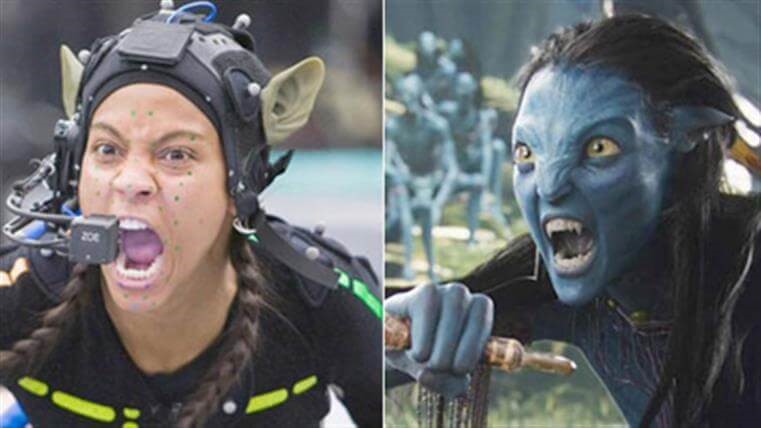 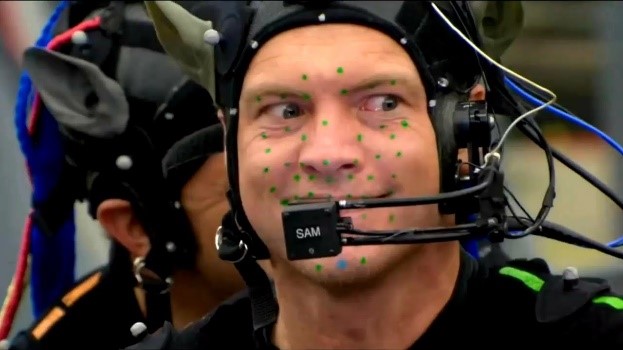 This article is just a glimpse of how the marker-based motion capture is done with magnetic system. There are some other methodologies namely acoustical, mechanical and optical systems. Also, there’s a marker less motion capture methodology too.

In Sri Lanka this marker-based methodology is so novel to the industry, and as to my knowledge it is only being used in the movie industry. That is a very good trend though. You will witness the Sri Lankan’s performances in motion capture with the upcoming animation movie ‘Gajaman’ in the near future.

There’s a very outstanding and amazing performance done by Benedict Cumberbatch in the movie ‘The Hobbit’ as the Smaug. If you are really interested in this topic you can watch it from the below link;